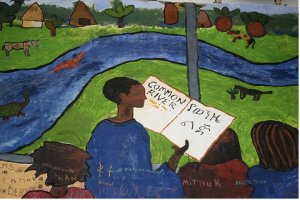 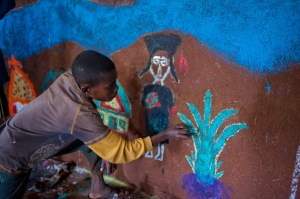 While conducting the initial feasibility study in Aleta Wondo in 2007, Tsegaye and Donna were meeting all sorts of community members. Shamena, a Parliamentary member of the Region was in town and became very helpful in arranging meetings with local government officials. He was very interested in what we were doing and remembered Tsegaye’s family well, although he was younger than Tsegaye and didn’t overlap much in his childhood. He was the former Principal of Tsegaye’s primary school in Aleta Wondo from 1986-2006, whom Tsegaye met when he returned in 2005. One day after a full day of meetings around town, Donna sat down for coffee with Shamena and asked him how he seemed to know Tsegaye so well, even though they hadn’t met in a few years and not much earlier in their history.

He said this: “We come from the same river.”

Donna thought it was a beautiful metaphor that explained it so well. Ethiopians are very close to the earth and connected to nature. Coming from the same home town breeds an allegiance that is unbreakable and holds an unspoken understanding of brotherhood. Tsegaye and Donna extrapolated on that image and feel that we all do come from the same river. Thus, the name Common River connotes the “common man” (the beneficiaries of their NGO) and our basic commonality. We also all flowed from Ethiopia originally since it is the birthplace of mankind.
Development is a PROCESS. It is a moving stream, which flows according to changing circumstances and currents. Donna and Tsegaye wanted to convey the fact that their course with the community would take up a life of its own. It would be like a river that flows freely without having a rigid set plan, which dictates the community. Rather than ignore the forever changing pieces of real life that continue to surprise us in our work, they want to be sure to flow with the community. They also don’t want to impose preconceived notions of what they felt the community needs, but instead listen to them and design the program according to their felt needs. Letting the community own the program is a principal that Common River espouses. They are only facilitators of the community’s process. It is not Donna and Tsegaye’s program. It is the community’s program.
Certainly, Common Rivers has a strategic plan and set goals, which the river flows towards. The course it takes is never predictable or the same. Donna and Tsgeaye try their best to guide the river along a course of least resistance towards the goals. A river is never the same twice.
They hope to maintain fluid in order to stay open to new possibilities and directions of a river that leads to self-reliance through community empowerment. 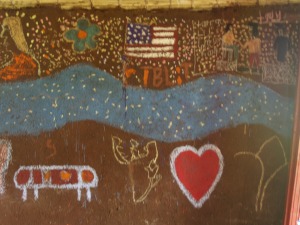 Find out how your visit, medical volunteering, international internship, student volunteering, volunteer teaching and / or donations can help us reach our goal of sustainable development in Aleta Wondo, Ethiopia. For more information about Common River and how you can help, contact us today.